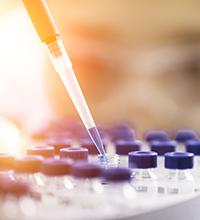 Banner Alzheimer’s Institute received funding for a new study of people at six levels of genetic risk for Alzheimer’s disease. The grant from the National Institute on Aging, part of the National Institutes of Health, is expected to total $27.5 million over five years. Led by researchers from Banner and Mayo Clinic in Arizona, the study will investigate biological and cognitive changes that happen before the onset of memory and thinking problems in people at different levels of genetic risk.

“We are grateful to the NIA for their continued support of our efforts to advance the study and prevention of Alzheimer’s,” said Eric M. Reiman, MD, Executive Director of Banner Alzheimer’s Institute and one of the grant’s principal investigators. “The new grant will allow us to address several critically important questions and support our chance to find effective disease-stopping and prevention therapies within the next five years.”

Researchers will study healthy people with six forms of the apolipoprotein E (APOE) gene, the major genetic risk factor for Alzheimer’s disease, create a shared scientific resource of data and biological samples to support future studies, and help to advance the understanding, treatment, and prevention of Alzheimer’s disease.

The researchers will follow 300 cognitively unimpaired people 50 to 90 years of age. Participants will have PET, MRI, spinal fluid and blood tests, as well as other assessments.

The study is intended to help clarify how genetic and non-genetic risk factors contribute to a person’s Alzheimer’s risk and to help discover some of the factors that protect people from developing the disease at older ages despite their genetic risk. It will also improve the design and analysis of Alzheimer’s prevention trials to find effective prevention therapies as quickly as possible.

The study expects to begin enrolling participants in April 2021. To learn more about Alzheimer’s-related studies in your area, visit the Alzheimer’s Prevention Registry.