Center of excellence will focus on common yet misunderstood brain disorder

When Debbie Seplow lost her husband Andy in 2019, it was the end of a journey that began some 15 years earlier when he first developed what she describes as odd behaviors, depression and hallucinations.

“My husband was a great man," Debbie recalls. “We were going to retire, live life, travel, visit grandchildren, and all that was robbed of us by a disease we didn't bring into our lives. It just attacked us unknowingly, and there was absolutely nothing we could do to stop it.”

Andy suffered from Lewy Body Dementia, an aggressive and incurable brain disorder that is the second-leading cause of dementia but is not well understood—and is often misdiagnosed. 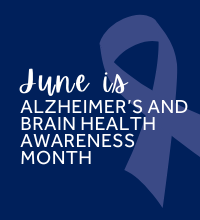 “It's a progressive, degenerative brain disease that's kind of partway between Alzheimer's and Parkinson's disease," explains Dr. Pierre Tariot of the Banner Alzheimer’s Institute, who has been working to find a cure and treatment for Lewy Body Dementia for the last 40 years. He says diseases that attack your brain are so much more than physical, making caregiving extremely difficult and emotional for loved ones.

"You are watching your husband disappear, the man you love, the man that took care of you, who was your rock and best friend. He would physically be across the dining table from me, but I didn't know this person,” Seplow says.

It was after the shocking 2014 death of actor Robin Williams that many people first heard of Lewy Body Dementia. Just two months before taking his own life, Williams was misdiagnosed with Parkinson’s disease after nearly a year of debilitating problems with his thinking, memory, sleep, and digestion. An autopsy would later reveal that he actually had Lewy Body Dementia, which carries an associated risk of suicide. 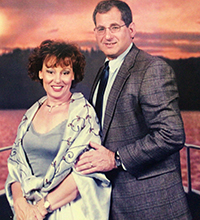 Pictured here with his wife, Debbie,
Andy Seplow struggled with Lewy
Body Dementia for more than 15
years before passing away in 2019.

Thanks to a recent $10 million philanthropic investment from the family of the late J. Orin Edson, the Banner Alzheimer’s Institute will open a new center of excellence in Tucson dedicated to Lewy Body Dementia. The J. Orin Edson Family Lewy Body Dementia Center will serve as a centralized care site to address a wide range of medical and non-medical needs, including exercise and wellness services, family support, and community education. It will begin seeing patients this August.

Dr. Tariot says the Center will be a game-changer, connecting families and caregivers so they know they’re not alone.

The Edson family’s generous gift will also fund a 24/7 Alzheimer’s and dementia support and resource referral center, a tele-mentoring program that offers dementia expertise and case review to general practitioners in rural and outlying areas, and a personal health coaching program designed to maximize quality of life for dementia patients and family care partners.