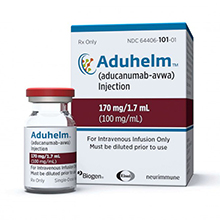 
Earlier this week, the Food and Drug Administration announced a landmark approval of Biogen's aducanumab, the first new drug to slow Alzheimer’s disease in nearly two decades and the first drug attacking the underlying pathobiology.

The Banner Alzheimer’s Institute was a primary site involved in one of the pivotal phase 3 studies of aducanamab, with Drs. Eric Reiman, Pierre N. Tariot and Alireza Atri all serving in a variety of consulting, advocacy, and independent safety board review roles. They believe that the approved drug—and the completion of the other anti-amyloid drug trials in the next few years--will have a major impact on the field.

“We need to come together to identify and address the questions, challenges and unprecedented opportunities at hand,” says Dr. Reiman. “When we consider all of the relevant issues, we are extremely excited about the chance to do so in ways that will transform the standard of memory care for patients and families and find effective prevention therapies within the next five years.”

“This is an important step forward in our war against Alzheimer’s disease and related dementias which will allow us to eventually provide this to some patients and also to learn from it greatly to improve its effectiveness and safety,” said Dr. Atri, director of Banner Sun Health Research Institute.

Dr. Reiman noted in a widely cited 2016 Nature article that if pivotal trials confirmed that treatment with this beta-amyloid plaque-reducing drug slowed cognitive decline, it would be a “game changer.” Due to the premature discontinuation of the aducanumab trials, the field eagerly awaits results from ongoing trials of other amyloid-plaque reducing drug in the next 1-3 years to know with greater certainty whether removal of amyloid plaques has a clinical benefit.

In the meantime, stakeholders have raised a number of important questions about the FDA decision-making process and label and what FDA’s rules for approval of drugs will be going forward, the high cost of the drug and related procedures, and how this will impact treatment decisions for a drug that has been deemed reasonably likely, but not yet certain, to have a clinical benefit. They have also begun to consider implication for future clinical trials and the way in which care is provided for patients and family caregivers.

Dr. Tariot, director of the Banner Alzheimer’s Institute, expressed cautious optimism. “We need to see the details of the Phase 4 plan and what that means for practice,” he says, reminding patients and families that “the rollout will be slow and complex, and we expect to play a part in it.” Families should know that they will be able to discuss aducanumab with their provider at their next appointment, and that conversations will continue as more is known about when and for whom it will be available as an option in the future.

The Banner Alzheimer’s Institute and Banner Sun Health Research Institute are playing major roles in these and other efforts and continue to pioneer efforts to find and support the approval of drugs that work in the prevention of Alzheimer’s disease. Click here to make a philanthropic gift to support Alzheimer’s patient care, family services, or research.

To learn more about the Banner Alzheimer’s Institute, visit www.banneralz.org.